The Importance of Security Video Playback

The Importance of Security Video Playback 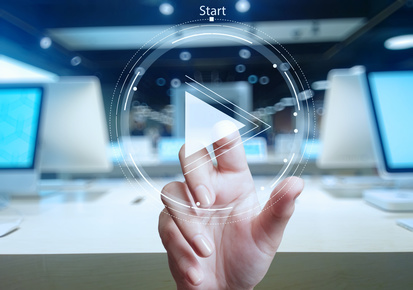 The performance of any security surveillance system in Mobile, AL depends on the functionality of its components. Many times, it may not be possible to monitor the security of a premise on a real time basis. Premise owners may resort to analyzing recorded images and videos captured by the surveillance systems, and that is the concept supported by video playback functionality. Video playback can be used a story telling point, and without it, security investigations most likely will turn to other unreliable cues. Playback can be used to identify the actions that were simultaneously taking place at different locations in Mobile, AL based on time and other attributes used by the persons reviewing the captured digital images and videos.

The recorder is considered the single most important component of any video surveillance system since this is where all important images and videos end up. Without the recorder, it cannot be said that video surveillance system is working. It must be purchased together with the cameras, TV screens, and other accompanying accessories. DVR is the point where all the captured camera images end up and get stored accordingly depending on the user's preferred control settings and specifications. The storage capacity of DVR can be enhanced, and that means that it is possible for a premise owner to remove some data from the device and have them stored on a separate device. That approach ever ensures that DVR has room for keeping more information, and the practice is highly preferred for the intentions of avoiding memory issues with a video surveillance system.

Security cameras are installed to catch the bad guys who may have the intent of disrupting calm within a home or business in Mobile, AL. Assuming that such unfortunate events are experienced, premise owners can turn to security video playback to thoroughly monitor the situation at hand and come up with suitable conclusions. Video playback can provide important information such as the time a certain event occurred as well as give a reliable indication of the number of people involved. Though the camera is what captures the events happening within a premise, it is the video playback functionality that premise owners rely on when observing what might have happened at some time back. Again, the most important aspect of the playback feature is that it is only present in the DVR recorder, and that can give a scope about the importance of DVR when it comes to offering security protection to homes or businesses in Mobile, AL.

Though many video surveillance systems come with their DVR recorders, premise owners can still purchase other models and connect them with the system as per the instructions. This is the kind of services offered by many cable television companies that enable users to record TV shows that they would love to watch later. With security video surveillance, the images or video captured are sent to DVR recorder placed at your Mobile home or business premise so that you can review them at a later time. Without the playback feature, it means that it would be impossible to review any captured surveillance images or videos, and that may make it tough to monitor security situation within a home or business effectively.