Could Your Fingerprint Be Stolen with a Simple Photo?

Could Your Fingerprint Be Stolen with a Simple Photo? 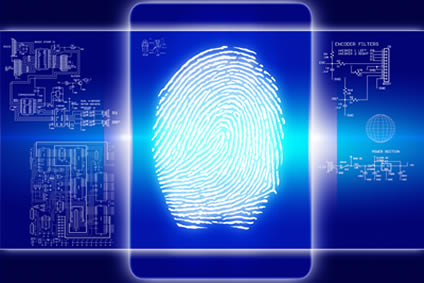 Lately, there has been news circulating online regarding the possibility of duplicating fingerprints by simply taking a photograph using a mobile device-- even if it's a few meters away.

There are some in Mobile AL who believe that this is actually possible and that it would put our security at risk. However, there are those who think there's actually nothing to worry about and our 'fingerprints' are completely safe.

Allow us to elighten your mind as we answer that question for you.

For the past few weeks, the national and international media have released a notice alerting the nation regarding the possibility of facing a security problem. This issue arose after the National Institute of Information of Technology of Japan came up with a method that allows the duplication of fingerprints from photographs-- even if taken three meters away, with the use of a digital camera. This alerted everyone, especially the security personnel, because it only implies that everything uploaded online, including our selfie, would be compromised.

A lot of people think that it's still impossible to get the biometric pattern of a fingerprint with a simple photo and use it for fraudulent purposes. According to security experts, despite the fact that the digital cameras on mobile phones are getting more and more powerful-- with a very high resolution, it still needs more in order to obtain a clear biometric pattern.

The More You Know

To begin with, it's important to understand that biometric patterns are more than just the shape of the lines of our fingerprint. It's also the depth of the ridges, and valleys that make it up. It's also why fingerprints are very unique. Considering that, this factor alone already makes it difficult to get a three-dimensional information, from a two-dimensional one.

Furthermore, even in the hypothetical case of achieving that pattern, there's still nothing to worry about because the quality of fingerprint sensors aren't limited to reading only the pattern, but it also incorporates "liveness" confirmation techniques, as well as "anti-spoofing" techniques. These techniques, together with advanced algorithms for extraction and comparison of biometric patterns are still incapable of duplicating fingerprints.

Despite this, high security systems should still extend their security requirements that support the execution of their platform. Most experts are completely aware of this and that's why they have come up with an appliance that's specifically made and configured for the safe execution of the platform. This gives the guarantee of an uninterrupted operation of high availability systems.

In a nutshell, with the help of this application, they can be confident that if obtaining a fingerprint pattern from a two-dimensional image has become already possible, it would still be hard to duplicate it. Thus, criminals in Mobile, AL won't be able to supplant an identity, because there will still be something missing-- the "liveness". This anti-spoofing confirmation technique, together with other ways, such as advanced algorithms used in comparing biometric patterns and by high security standards of the computer, would make the public feel at ease knowing that their credentials, are safe. Most of all, their identities would never be stolen that easily.